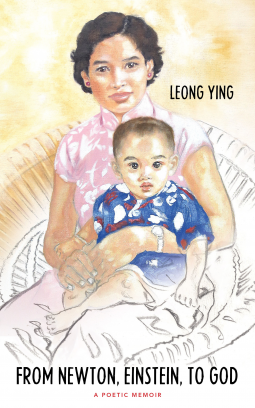 From Newton, Einstein to GOD is a poetic memoir that follows the amazing life of Leong Ying, beginning with his birth into poverty in 1961 in the former British colony of Singapore. After a short time, his family is able to make their way to England. There, as a child with prophetic abilities and a penchant for daydreaming, Ying turns away from his spirituality and toward the logic of science, ultimately earning a graduate degree in nuclear physics. Shortly thereafter, Ying immigrates to the United States and, for a time, chases what he sees as the declining American dream.

In this new land, the duality of Ying’s life comes into focus, and he uses science—which he’d formerly applied to deny the existence of God—to reveal the “ultimate godly secrets.” In doing so, he discovers the Twin Universe, a grand cosmic cycle that will lead us into a new phase, one that will have a dramatic influence on the existence and evolution of humankind and our humanity to come.

Through his unique writing style, Ying’s philosophy and ideas come vividly to life. Interspersed with photographs from his youth and adulthood, each page is a unique dance between words and images that will inspire and enlighten.