I Was A Teenage Ghost Hunter (Book Review) 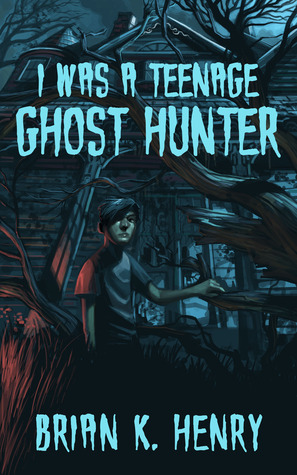 Devin stared through the large plate glass window of the Escamonde Hotel at the dark branches of the walnut tree. In between two of the large, lower branches there was a wispy, white piece of fabric. Or at least, there had been one second before. He blinked, and saw the fabric again. But then he jerked away and yelped…

And this is just the first paragraph…Just in time for Halloween Author Brian K. Henry has gifted me a copy of his book “I WAS A TEENAGE GHOST HUNTER” and let me tell you this book is definitely a book you wanted to slip in your kids Trick or Treat bag for Halloween. I absolutely loved this book and I loved it so much I am giving one lucky winner a treat…an eBook of “I WAS A TEENAGE GHOST HUNTER…stay tune for details.

Moody sixteen-year-old barista Devin Mulwray is doing his best to ignore bizarre manifestations at his job in the chilly Northern California town of Arcata. Already teased about his recurrent ‘phase-outs’, the last thing he needs is to get pegged as a guy who sees ghosts. It doesn’t help his state of mind that his boss is a sarcastic slacker, his single dad is always on the road with clients and local occult fan girl Nayra is spreading ‘ghost boy’ rumors about him online.

But when violent paranormal activity badly spooks teens at an abandoned estate, Devin’s pushed into investigating by his eccentric friends Clive, a budding composer, and Rex, a tech head excited by ghost hunting gadgetry. At first reluctant to get involved, Devin’s encouraged when Emily, one of the more empathetic girls at Grey Bluff High, is impressed with his daring.

Together the friends explore the creepy Rousten manor. But as the only person able to perceive the manifestations, Devin soon finds himself going one-on-one against a powerful spirit who attacks the locals and infiltrates Devin’s own dreams.

Devin must face his fear of confronting the spirit world and get to the bottom of the hauntings before the specter unleashes more havoc on him and his friends.

I… could… not… put this book down until the very end. That’s right I read this book in one sitting…it’s that good. There were a lot of spooky and unexpected twist and turns…but there were moments I could not stop laughing. This is definitely that kind of Halloween book that kids… and adults of all ages… will definitely fall in love with. This book would definitely make a wonderful Halloween cartoon special, which I would definitely curl up in my favorite chair to watch.

Without giving away too much about the book, I am very pleased with the ending, and when... and if... a sequel comes out I’m all in...I'm ready. I highly recommend this spooky… but comical book…like I said before…just in time for Halloween. 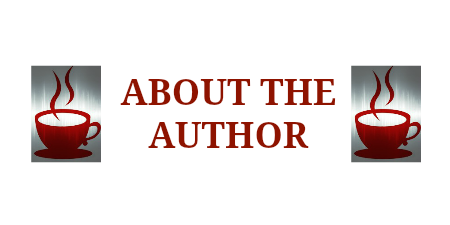 A California native and longtime Pasadena resident, Henry holds a PhD. in English from UC Riverside and a MA from CSU Fullerton. A die hard CD addict and music fan, his collection spans classical to Britpop to punk with especially large sections devoted to Mahler, Prokofiev, Wagner, the Dandy Warhols, XTC, Morrissey and the Smiths, Depeche Mode, and Madness.

His other books include the fantasy novel HOUSE OF PRENSION and sci-fi novel SPACE COMMAND AND THE PLANET OF THE BEJEWELLED CONCUBINES, as well as the story collection SPACE COMMAND AND THE PLANETS OF DOOM. Primarily a writer of comedy and satire, Brian has also completed seven comedy screenplays, (including ZAK BEDFORD, PUNK DETECTIVE option to Feldco Development), several collaborations with punk-cabaret duo The Tyrants in Therapy and numerous short stories, sketches and, of course, tweets.