Bobbi Brown Cosmetics has a secret... 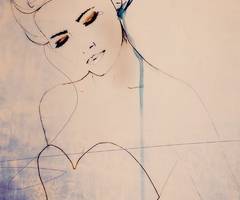 It’s hard to believe… but yes…it was just a simple complimentary makeup lesson that helped me find myself again while I was loss in this world called Cancer….the big C.

It’s hard feel like the fashionista you know you are when your life has been turned upside with Cancer and everything that comes with it…the hot flashes, thinning hair or complete hair loss, the blotchy skin, the fatigue, and the low self esteem that keeps rearing it’s ugly little head…and it's voice keeps telling you... your scars from surgery makes you ugly.

Of course, they offer free makeup workshops for women like me but usually the makeup they promote is so heavy you can spackle a wall with it…no…seriously…you literally can. I had given up hope on finding that perfect makeup, after all as a woman of color, I already a strike against me.

Well my birthday was coming up in less than a week, and I was walking through the makeup department of Macy’s in Menlo Park Mall, located in Menlo Park, New Jersey…I was about to leave the department store and I noticed Bobbi Brown Cosmetics gives free makeup lesson…yes!

I was greeted by a bubbly and extremely friendly April…made my appointment…and the day finally came for my makeup lesson. I was not supper enthusiastic because a memory of photographs with my head looking like it was attached to someone else’s body still lingered in my head.

I informed April that my budget was extremely tight and buying makeup would be a splurge…after all cancer is a very expensive illness…she smiled and said no problem. When April was done with my makeup lesson I literally cried…yes, I cried…but these were happy tears. April De Stefano, did for me what I couldn’t do by myself for a very long time, she helped me find the physical beauty in Nerisa again.

I felt like a million bucks, and April treated me like royalty, it didn’t matter to her if she was getting a huge or a small commission, or no commission…she was genuinely happy with our makeup lesson…a lost art in most of these high end cosmetic companies. I remember as a child my grandmother would go up to a counter in any high end store and ask for a sample and they were happy to do so. Nowadays, you have to buy a product in order to get a sample of the simplest things.

April De Stefano and Bobbi Brown Cosmetics are the epitome of customer service, and I highly recommend April and Bobbi Brown Cosmetics...especially to any cancer patient who wants to wear makeup that doesn’t make them feel like they just step out of clown school. Bobbi Brown’s website also has free beauty how to videos, there is also a live chat available for all your beauty needs, as well as, a twitter and facebook.

So not only did I feel like a million bucks, but the fact that my friends complimented me on my healthy glow and could not believe I had makeup on…oh wow...this was just icing on the cake. Now if I can just find beautiful pre-tied head scarves, that actually stayed on, life would almost... be perfect

♫ I feel pretty, Oh, so pretty, I feel pretty and witty and bright! And I pity Any girl who isn't me tonight ♫

Thank You April De Stefano, Bobbi Brown, and Bobbi Brown Cosmetics for helping me feel like a woman again.

Acknowlegement: Above Illustration by Jacqueline Bissett